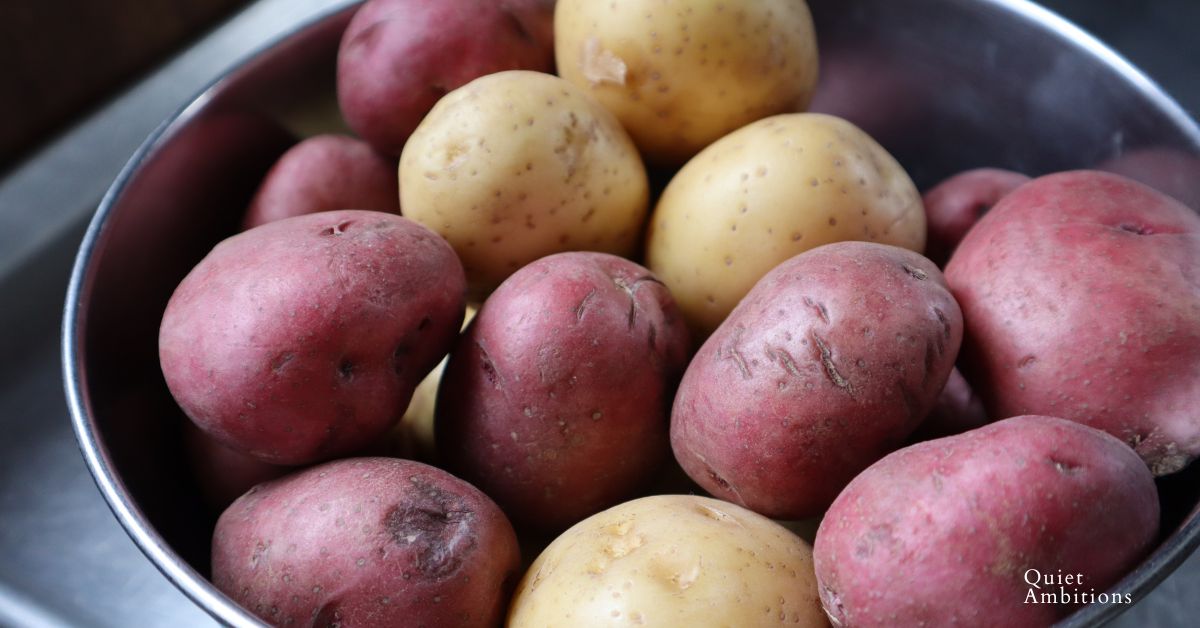 Learn how to cut up seed potatoes. That’s the first step when you’re going to be planting potatoes.

Transcript below- Edited for Clarity

How to Prepare Potatoes for Planting.

When you buy seed potatoes, it’s going to have these sprouts on them. What you’re going to want to do is cut your potato into two pieces, maybe three pieces, depending on the size of the potato. Bigger potatoes can be cut into more pieces. Some people can even cut them into really, fairly small pieces, and still plant them.

I usually like to just cut seed potatoes in two. For some reason, I just feel like it gives the potato a better shot if you leave a little bit more flesh with your chit or with your sprout. There’s pros and cons to both methods, there’s actually people who will just prefer to plant the whole potato, just like it is, and have it grow. Any of those will work.

In the ‘olden days’, from what I understand, they cut the seed potato up to get as many eyes, (they call them eyes or chits or sprouts) as they can out of one potato, because each piece that you plant in the ground is going to create a potato plant.

So, cutting these up is the first step. After you cut them up, you’re going to allow them to air dry for three or four days. That will cause a skin to form over that cut part, and then it just protects the potato in the soil after you planted it. So, let me go ahead and bring my camera closer, and I will give you a closeup of the potato and how I actually decide to cut it.

Examples of Cutting Up Seed Potatoes

These are my seed potatoes. These are a Yukon Gold that my husband picked up for me at Rural King. He said they were pretty well picked over, and so he tried to get as many as he could that already had these sprouts that were showing.

Some of these don’t have much sprout showing. But if you look closely, you can still see where the sprouts will eventually come out, and so we’re good. We’re going to still use these potatoes. I like to get them so I can see for sure where those nice sprouts are going to be coming up.

Then I will take that piece, and I’ll probably cut it again just to get this sprout, or I might leave it on the same piece. Let me go ahead and cut it, and just see what I decide to do with that. So, you just cut it in half. You can see this has got this nice sprout on it. That’s a plant that’s going to get planted into the ground.

My preference is to leave potatoes in bigger pieces.

Then this one here, I could decide to go ahead and cut it in half to separate this chit from this chit or this sprout from this sprout. This time I’ll just leave it in one piece. Like I said, I kind of like to leave it in little bit bigger chunks. Some people like to go real small, so it doesn’t really matter, either way.

I usually plant potatoes in a traditional in the ground method.

This year I decided to also try a small patch of potatoes planted in hay and leaves. This video shows how I planted them.

Pin this to find later! 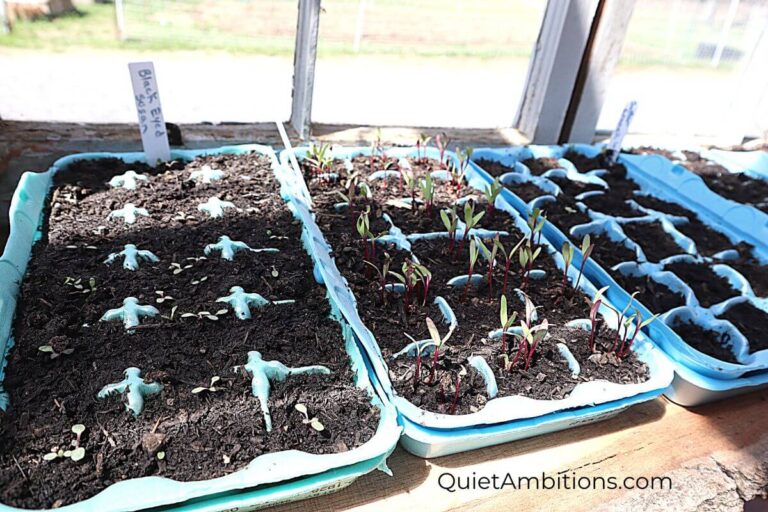 Using an egg carton for planting seeds is a great option if you don’t have seedling trays available.  But they are not totally foolproof.  This is what worked for me.   They are a free resource, Most of us have egg cartons or neighbors do.   Planting seeds in egg cartons uses recycled material, or compostable material.  … 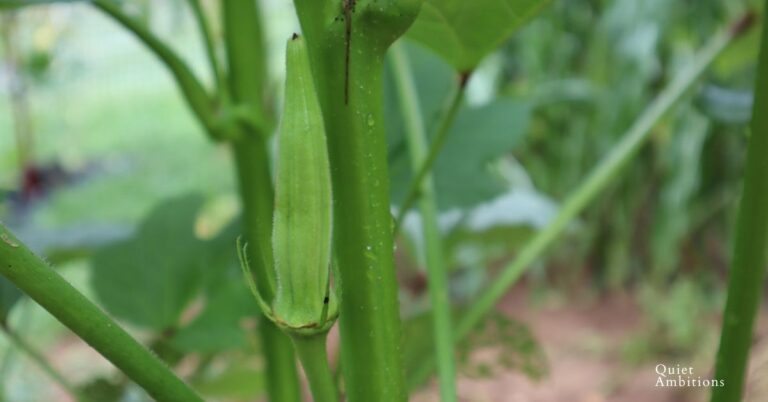 When to harvest okra for the soft tender pods perfect for the dinner table.  It only takes a few short days for an okra pod to get to harvestable size after blooming.  Harvest often and look for small pods. It takes approximately 70 days for an okra plant to produce pods ready for harvest. This… 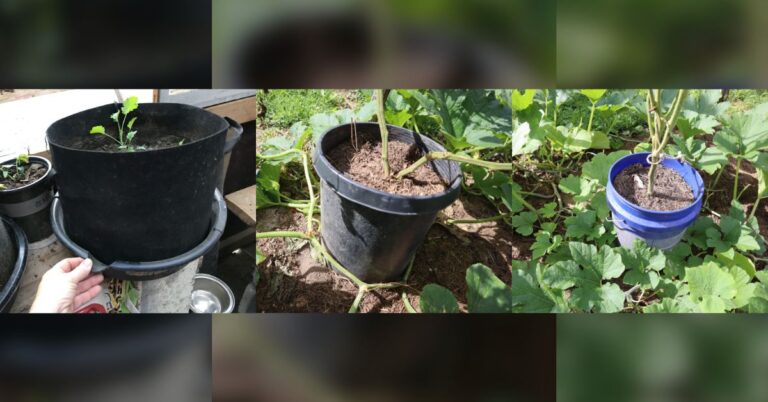 I experimented this year to find out what I’d like better,  grow bag vs plastic pot or buckets.  After a full garden season using all three containers here are my results.  Spoiler alert…I tried both grow bags and plastic pots and buckets this year.  For my situation so far, I prefer plastic pots or buckets….

Have you ever purchased lettuce from the grocery store, only to have it go bad in your fridge before you had a chance to use it? Leafy greens like lettuce don’t keep for long, especially if they’re jostled around during transportation. Thankfully, lettuce is easy to grow in your garden, whether you have a full… 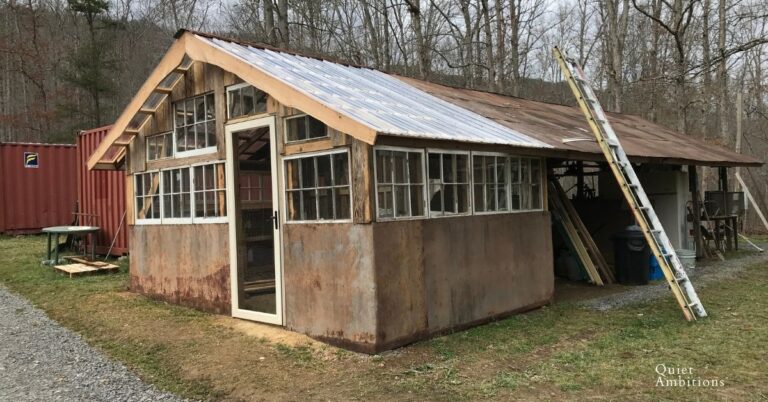 Tour our version of a greenhouse made from old windows.  Building this shed turned greenhouse, we used mostly recycled materials, with old tin, salvaged wood, and free windows.   We turned an old pavilion that was on our property into a greenhouse garden shed combo with the added inclusion of the pavilion being saved!  … 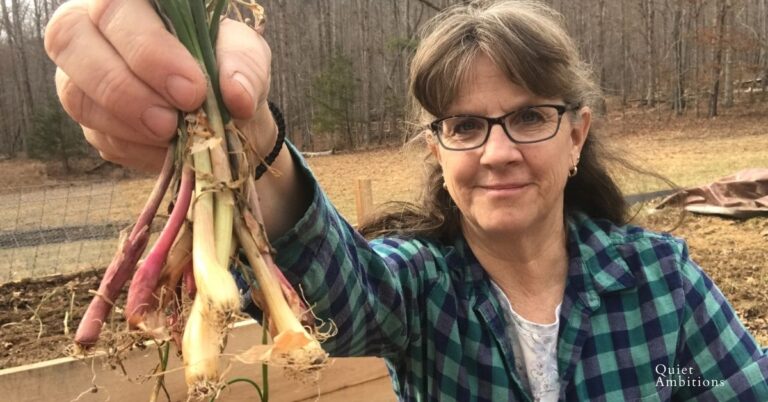 In today’s tutorial, I’ll show you how to plant onions from starts or seedlings. Recently I decided to go ahead and get my onions out in the ground. I might be a little early, (this is late Feb early March) but we’re going to play it by ear and see. I think I’ll be okay….